Topic: Planetary Defense, or “How to Avoid Impacts and Influence Orbits”

Bio:
Jennie “Starstuff” King is a graduate of the University of Virginia’s astronomy program. While studying astronomy and physics, she discovered her deep love of STEM education and outreach through work with the Dark Skies, Bright Kids organization. As a high school AP Physics and Engineering teacher in Denver, Colorado, she brought her love of space exploration to the classroom. Jennie became a NASA/JPL Solar System Ambassador in order to encourage others to explore the wonders of the cosmos with their hearts, minds and imaginations. She has hosted livestream watch parties for NASA milestones such as the Perseverance Rover landing, developed school-aged astrophysics curricula, and led interactive astronomy events for all ages. As a new Vancouver area resident, Jennie looks forward to connecting with the astronomy and STEM education communities of BC and beyond.

Abstract:
On September 26, 2022, a quiet binary asteroid system had a very interesting day. Didymos, the larger asteroid of the system, watched as a spacecraft deliberately slammed into its smaller moonlet, Dimorphos. Meanwhile, telescopes on Earth directed their gaze toward this event in order to witness the aftermath of the collision and to collect valuable data. This dramatic encounter, known as the DART (Double Asteroid Redirection Test), was humanity’s first test of the kinetic impactor method for asteroid deflection. Because the Didymos-Dimorphos system poses no danger to Earth, it provided a welcome opportunity to demonstrate technology that could one day save lives in the event of a real threat. This talk will address the following questions:

– What exactly were the goals of this cosmic crash test, and what have we learned from the results?
– Why do organizations like NASA invest time and resources in planetary defense?
– What comes next in humanity’s efforts to protect our home world from impacts?

About our Events:
All RASC lectures and observing events are open to the public, family friendly, and there is no charge for admission. Our organization is run entirely by volunteers who love astronomy and astrophysics. Whether you’re a complete beginner, a seasoned astronomer, or you hope to work for NASA some day, anyone fascinated by space exploration is welcome and will enjoy our events

Join us in-person at SFU for our Monthly Meeting with an on-line backup option available.

Topic: A Changing Night Sky – When the satellites come flying in.

Bio: Patrick Seitzer is a Research Professor Emeritus at the University of Michigan Astronomy Department in Ann Arbor, Michigan. He conducts research in Space Situational Awareness (SSA) and optical studies of orbital debris. Using U-M’s 0.6-meter Curtis-Schmidt telescope at Cerro Tololo Inter-American Observatory in Chile, he and his collaborators conduct optical surveys to determine the total amount of debris at geosynchronous orbit (GEO) then follow up with spectroscopy with the 6.5-m Magellan telescopes to characterize particular objects. Magellan is also used to do deep pencil-beam surveys for faint orbital debris in the GEO regime. Recently he has concentrated on the challenge of large numbers of new bright satellites and how they will change the appearance of the night sky, and affect astronomical observations. He served on the NASA delegation to the Inter-Agency Debris Coordinating Committee (IADC), and currently is on the American Astronomical Society’s (AAS) Committee on Light Pollution, Radio Interference, and Space Debris.

Abstract: Artificial satellites in Earth orbit have been leaving streaks in astronomical images since 1957 and the launch of Sputnik 1. The problem took on a much larger challenge in May, 2019, when SpaceX launched the first Starlinks into low Earth orbit (LEO). These satellites were bright enough that they could be seen in twilight, and from the center of light polluted cities. Astronomers immediately wondered: with the proposed launch of several hundred thousand satellites into LEO in the next decade, was the night sky lost? I’ll review what determines when and how bright a satellite will appear, and the steps SpaceX has taken to make the Star links fainter. In addition, I’ll outline what amateur astronomers can do to measure the brightness of satellites, and when and where to observe so that your observations are least affected by satellites.

SFU’s COVID in-person protocols apply, that being maintaining distance from others and wearing of masks are encouraged.

If you can’t join us in person, join via the zoom link available to our Meetup members when you RSVP. RASC Vancouver Members will be sent the online link in our usual monthly meeting email invitation.

All of our monthly meetings are free and open to the public.

Location: Hybrid In person at Simon Fraser University and via Zoom. Details available in meet up.

Join us in-person at SFU for our Monthly Meeting with an on-line backup option available.

We are fortunate to have two researchers from Canada’s National Research Council, Hertzberg Institute of Astrophysics for this month’s meeting. Dr. Wesley Fraser and Dr. Madeline Marshal will speak to us on the first images from Webb only two days after data is received. Canada made significant contributions to the telescope instrumentation. Learn about Canada’s contribution and the fascinating research these two will describe.

SFU’s COVID in-person protocols apply, that being maintaining distance from others and wearing of masks are encouraged.

If you can’t join us in person, join via the zoom link available to our Meetup members when you RSVP. RASC Vancouver Members will be sent the online link in our usual monthly meeting email invitation.

All of our monthly meetings are free and open to the public.

Location: Hybrid In person at Simon Fraser University AQ3159 and via Zoom

Join us for our first In-Person monthly meeting in two years at SFU Burnaby!
SFU’s COVID protocols apply, that being maintaining distance from others and wearing of masks are encouraged.
If you can’t join us in person, join via the zoom link available to meetup members when you RSVP.
All of our monthly meetings are free and open to the public.

Topic: A View of the Universe – The Trottier Observatory and Galaxy Formation

Bio: I am an astrophysicist with a focus on galaxy evolution using a variety of cutting-edge observational and theoretical tools. While studying for a B.Sc. in Physics and Astronomy from UBC, I established and became the president of the UBC Astronomy Club which is still active to this day. I also held a part time job at the H. R. MacMillan Space Centre. Being the adventurous type, I decided to pursue graduate studies at the Hebrew University in Jerusalem, receiving my Ph.D. in 2014. I then moved to beautiful Switzerland to take up a postdoctoral position at the Institute for Astronomy of ETH Zurich before returning to Canada for postdoctoral position at UVic. Since mid-2019 I have been a lecturer at the Department of Physics at SFU and the director of the Trottier Observatory.

Abstract: From the Trottier Observatory to the galaxies far far away, this talk will cover the multiple facets of astronomy outreach and galaxy evolution research at Simon Fraser University. Since its humble beginnings at the turn of the new millennium, the Trottier Observatory has educated and inspired thousands, from young children in the community to advanced undergraduates and beyond. Aside from outreach, we are actively involved in study of galaxies and their evolution. I will give a brief overview of our work on understanding the processes by which galaxies mysteriously stop forming stars.

Hoping to see everyone in our first in person event of the year.

Join us for our monthly meeting on Thursday, April 14,2022

Abstract/Summary: Brief look at different types of astrophotography with focus on deep sky imaging from short to long focal lengths.

More details on the speaker :

Starting at 7pm , half an hour before each monthly meeting, “What’s Up?” features a brief presentation of things to see in the sky that month.  Usually the presenter will also speak a few words on a topic of interest to new astronomers, especially young ones.

Our first “What’s Up?” presentation will take place at 7pm on February 10, 2011.  The topic will be ““Where’s the centre of the universe? What’s it expanding into? And where is the limit of our vision into space?” RASC President and SFU Professor Howard Trottier will demonstrate a do-it-yourself expanding universe and take questions from the audience.  He’ll also tell you how to find the Orion nebula and the moons of Jupiter! 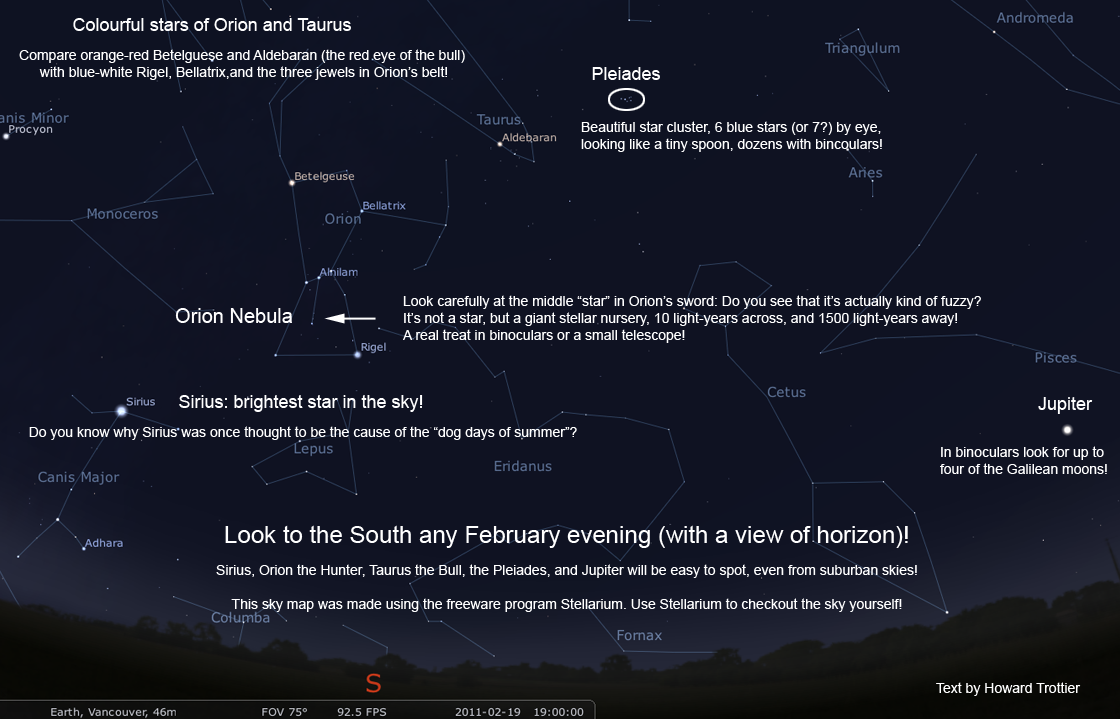 Simon Fraser University (SFU) will host astronomy workshops for grade-school students, to be held at SFU
and at schools throughout the BC Lower Mainland. Schools which attend these workshops will receive (at no-charge) a set of basic but high-quality refractor telescopes, and SFU staff will provide students and teachers with the training that is crucial to ensuring a positive first experience with a personal telescope. (First-come, first-served,
while supplies last! See below for details on the telescope to be donated.) At our daytime workshops, to be held during school hours, students will learn how to point and focus these telescopes using terrestrial objects, and will be engaged in an interactive multi-media presentation on the stars, planets, and other celestial objects currently in the
night sky. Students will receive and learn how to use a star wheel and “Sidewalk Astronomy” booklet provided by the Royal Astronomical Society of Canada (RASC). In addition, we will host evening “star parties” at SFU and at various community locations, in collaboration with volunteers from the Vancouver Centre of the RASC. Students
who attend our daytime workshops will be invited to these star parties with their teachers and families, where they can use their school’s new telescopes under the guidance of our experienced staff. Our star parties will also be open to the general public, and our guests will get to look through high-end amateur telescopes that will be operated by
staff from SFU and the Vancouver RASC. SFU and its funding partners will donate 10-15 telescopes to each school that attends a workshop (first-come, first-served, while supplies last!). These are basic but high-quality telescopes with a 50mm objective lens, and which come with a finderscope, tripod, and two eyepieces. Teachers will be asked
to be responsible for loaning the telescopes that are donated to their schools to their students, after they complete our workshop, for use either on their own, or at one of our evening star parties.

The Royal Astronomical Society of Canada

Note: The 2006 minutes were not available at the last AGM and will be summarized here.

VC Volunteer of the Year Award

Copies of reports will be posted on the RASC Vancouver website:

This is the Royal Astronomical Society of Canada – Vancouver monthly meeting.

Craig Breckenridge and members of the world’s premier Observatory design team at Empire Dynamic Structures took a trip to see the facility currently hailed as the largest optical telescope in the world. This marvel of engineering is soon to be eclipsed by the construction of the Thirty Meter Telescope which is currently being designed by this local company located in Port Coquitlam. Facets of the LBT’s design seldom seen by outsiders will be presented in all their glory with commentary by our resident expert designer.

We meet at 7:30 p.m. on the second Thursday of each month, downstairs in the auditorium of the H.R. MacMillan Space Centre.

Free Admission, Open to the public

Astro-coffee and astro-cookies will be served at the Southam Observatory after the meeting.

Bob Parry , Director of Telescopes on the RASC Council, will be setting up and talking about the new telescopes available to members in the loaner program.

Speaker to be announced.

We meet at 7:30 p.m. on the second Thursday of each month, downstairs in the auditorium of the H.R. MacMillan Space Centre.