NASA’s New Horizons spacecraft will welcome the New Year with a flypast of the most distant solar system object ever visited. New Horizons made headlines when it flew past Pluto and Charon in 2015 and is now headed for a rendezvous with the Kupier Belt object  “Ultima Thule”. 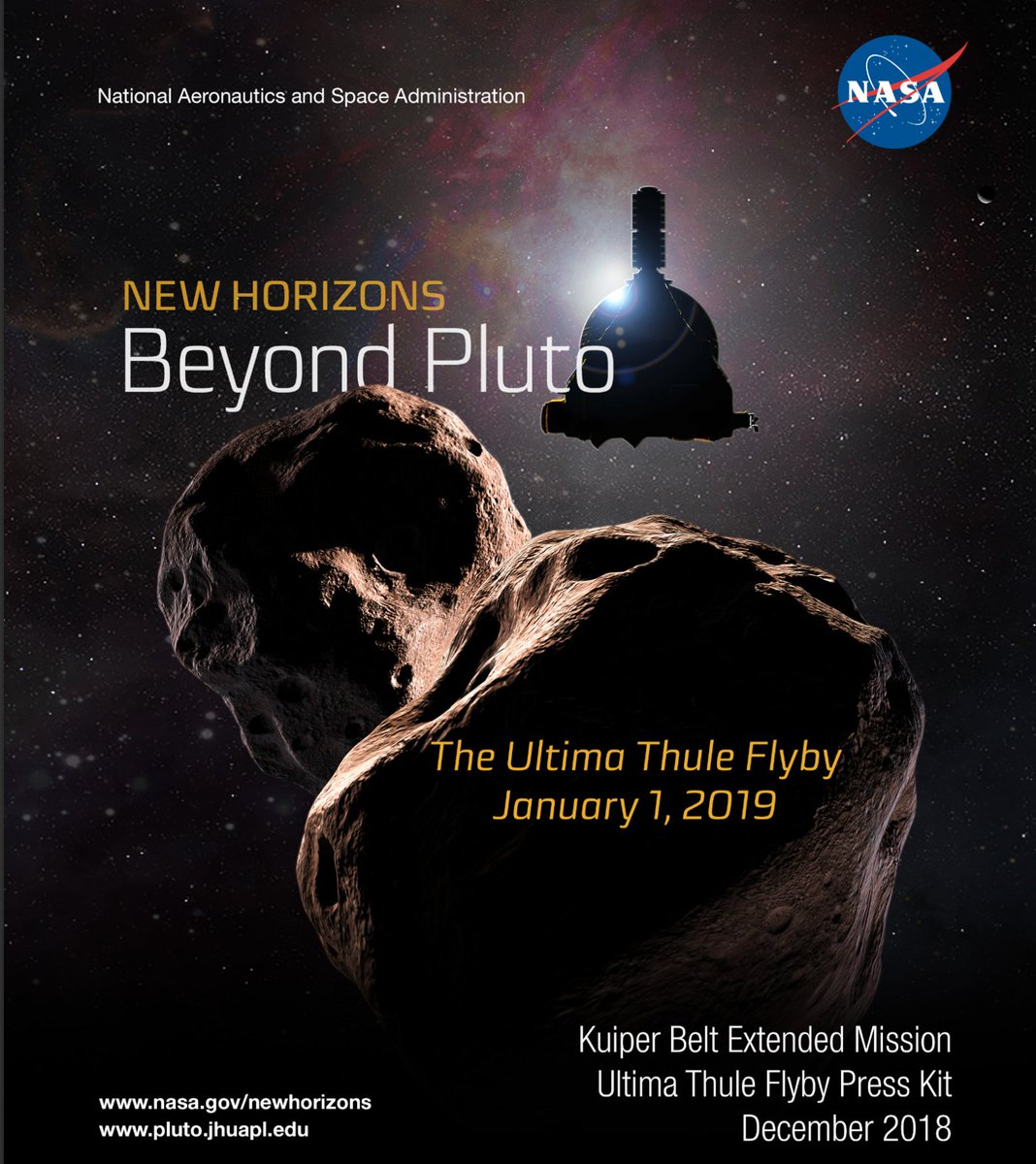 Here are 19 facts about this encounter to start the year 2019.

For more information on the New Horizons mission, including fact sheets, schedules, video and images, visit: http://www.nasa.gov/newhorizons and http://pluto.jhuapl.edu.

The six stars that make up the Winter Hexagon include some of the brightest stars in our sky; five of the six are among the top-10 brightest stars visible from the northern hemisphere. Here is a summary along with each star’s visual magnitude.

Scott talks about buying your first telescope  on Global News

RASC’s national office is setting up a robotic telescope in California. The telescope will be used for a variety of observing activities that include education, outreach, astrophotography and science projects. RASC members can be part of one or several teams that match their interests and will share access to the image data collected by their teams.

Visit https://www.rasc.ca/telescope-news to keep up with the latest developments.

The telescope is located under very dark skies at the Sierra Remote Observatories in California. The main instrument is a 40 cm RCOS telescope on a Bisque Paramount-ME mount. The camera is a new large-chip SBIG STX-16803 CCD camera that provides a field of view of approximately 1/2°.  The telescope is equipped with a filter wheel and an adaptive optics unit. In addition, riding atop the telescope is a full-frame Canon 6D DSLR with a 200 mm f/2.8 lens for wider-field images.

The telescope is already taking test images and a astrophotography group will be set up first. After signing up, members will have access to raw data images from the telescope. To help those new to astrophotography, there will be training in how to process these images. There are also plans to provide access to the DSLR photos to all members.

A time-lapse photo series taken from the International Space Station of a Soyuz-FG rocket launching a Progress re-supply ship into orbit and docking with the ISS.  When the rocket clears the atmosphere you can see the booster separation very clearly.

All systems are go for NASA’s next mission to the red planet. Scott McGillivray has more and other space news.

This is not a RASC event and there is a cost for the tour.

The Aurora | 360 tour is the ultimate way to experience the Northern Lights. On board a private charter jet, you’ll have the best access possible and with only 80 seats available, this exclusive opportunity comes with serious bragging rights!

The chartered jet will be available to hunt for the Auroral Oval above the clouds and it will be able to alter the flight path to maximize amazing Aurora viewing.  Scheduled to take-off from Whitehorse, Yukon,  between the 7th and the 11th of February 2019, the Aurora | 360 Experience offers 80 passengers an exclusive opportunity to witness the Aurora Borealis closer than ever before.

The Pleiades is a beautiful open star cluster in the constellation of Taurus. It is one of my favourite targets during star parties because it gives different views and perspectives at different magnifications from naked-eye views to spectacular telescopic images. Recently, at the Manning Park Dark Sky Weekend and a Starry Nights event, we had people progress from a naked-eye view to using 8x binoculars while they waited for their turn to look though the telescope.

The cluster is also known as the Seven Sisters or Messier 45. It is obvious to the unaided eye: I see it as hazy bright patch from light-polluted city skies but individual stars can be resolved from a dark site; typically 5 to 6 member stars are visible to people with good eyesight. The cluster is located about 10° north-west of the bright orange star Aldebaran which can currently be found by looking due East around 08:30pm PST.

The seven brightest stars are named for the Seven Sisters of Greek Mythology: Sterope, Merope, Electra, Maia, Taygeta, Celaeno, and Alcyone. These stars plus two more, named after their father Altas and mother Pleione are clearly visible in binoculars.

A telescope and eyepiece that gives a wide field of about 2.2° provides a glorious close up view of the main stars of the cluster plus additional dimmer stars. Galileo was the first person to view the Pleiades through a telescope and thereby discovered that the cluster contained stars not visible with the naked eye. I like to think that he said “Wow” like many our star party attendees.

Messier’s inclusion of the Pleiades as M45 in his catalog of comet-like objects is curious: it is much brighter than most of other objects in the catalog and cannot be easily mistaken for a comet.

The cluster’s core diameter is about 16 light years and it includes over 1,000 confirmed members excluding unresolved binary stars. Its light is dominated by young, hot blue stars. Swirls of nebulosity are noticeable around the brightest stars from dark skies when the moon is absent. The Pleiades’ nebulae are blue-coloured which indicates that they are reflection nebula – clouds of dust and gas that reflect the blue light of nearby stars.

This nebulosity can be glimpsed in higher-magnification telescopic views, though it often appears as faint bluish-gray patches through the eyepiece because our eyes are not sensitive to colour at low light levels. It was initially thought that the dust may have been left over from the formation of the stars in the cluster but later observations showed the cluster just happens to be moving through a dusty portion of our galaxy. How was this determined? The radial velocity of the stars was measured and found to be different from the velocity of the dust by about 11 km/sec.

The nebulosity becomes stunning in long exposure images like this one that took almost 12 hours.

I enjoy the views of this glorious cluster despite not knowing their proper pronunciation (PLAY-uh-deez, PLE-uh-deez, play-A-deez).

The Outer Space Institute is holding a conference at UBC on Nov 16th,  2018 to address two immediate near-term challenges in the sustainable development of space: space mining and orbital debris. The conference includes a free public half-day discussion and Q&A on the topics of asteroid mining, space debris, space colonization, and Canadian space policy.

RSVP here for the public event.

The Ghost of Cassiopeia: About 550 light-years away in the constellation of Cassiopeia lies IC 63, a stunning and slightly eerie nebula. Also known as the ghost of Cassiopeia, IC 63 is being shaped by radiation from a nearby unpredictably variable star, Gamma Cassiopeiae, which is slowly eroding away the ghostly cloud of dust and gas. This celestial ghost makes the perfect backdrop for the upcoming feast of All Hallow’s Eve — better known as Halloween.