Our NOVA Newsletter, for May-June 2017 and Astronomy Day, is available as a hi-res or low-res pdf file.   An archive of older issues can be found on our Newsletter page.

One of the most inspiring sights is standing under a dark sky with the night sky ablaze with stars. Today, this inspiration is diminished by ever-increasing light pollution. Energy efficient LED street lights, being installed by cities across Canada, can make things worse. Further, as Halifax and other cities have discovered: the residents often hate LED street lights.

An episode of The Current on CBC radio documents a complaint from a resident of Halifax who said the whiteness of the light keeps her whole family up at night – even her cat, Coco. Other cities have faced similar complaints and more: LED street lights have been blamed for stealing the romance of Rome, ruining nighttime film production in Los Angeles, and disorienting salmon in the Sacramento River.

The American Medical Association’s (AMA) research concludes that LED street lights that are too blue or white can suppress melatonin, affect our sleep, and lead to obesity. Other studies indicate an increased risk for certain cancers.

LED lighting is an amazing technology, and while LED street lights are costly to install, the new lights promise to last for decades, be maintenance-free, and cost considerably less to operate.

Colour is a major obstacle for LED lighting. The most cost-effective LEDs emit a much bluer light than the sodium vapour lamps that are traditionally used. Blue-rich LED lights increases the amount of glare sensed by the human eye and also the amount of visible light pollution. This occurs because blue light scatters more through the atmosphere than red light.

The colour for lighting is measured by a unit of temperature known as kelvins. The higher the kelvins the whiter the light. Light with a temperature between 2,000 and 3,000 kelvins is a warm white that’s comfortable, like the older lights. Light from LEDs with a temperature over 5,000 is extremely harsh: they’ve been called “zombie lamps” in Seattle and “prison lamps” in Oceanside, California.

This evening the Moon and Jupiter are less that five degrees apart, close enough to fit together within the same binocular field. The pair are closest when Jupiter rises in the east at about 5:30 pm then drift apart as the night progresses. The Moon-Jupiter combo will be an obvious naked-eye sight in the south-east by 9:00 pm.

Jupiter crosses the Meridian at 11:00pm, at which time it will be due south and at its highest point above the horizon. The Galilean moons – Io, Europa, Ganymede, and Callisto – will be visible in small telescopes or even binoculars. Jupiter’s Great Red Spot will also start to become visible through a telescope around 11:00pm.

Galileo Galilei discovered Jupiter’s moons in January 1610 and realized they were satellites of Jupiter in March 1610. This was a revolutionary discovery as they were the first objects found to orbit another planet.

Dr. Lynda Spilker talked about Going out in a Blaze of Glory: Cassini Science Highlights and the Grand Finale at our Paul Sykes Memorial Lecture back in January of this year. More remarkable discovers from Cassini are expected when it repeatedly dives between the innermost ring and the top of Saturn’s atmosphere during its final six months starting this week. The first of the spaceship’s 22 deep, daring dives is scheduled for April 26 at 2:00am PDT.

When Cassini passed close by Titan on April 22, the moon’s gravity pulled strongly on the spacecraft. The flyby gave Cassini a change in velocity of about 800 meters per second that started the spacecraft on its first of the ring-gap orbits.

A grand finale dive will plunge Cassini into Saturn’s atmosphere on September 15th, vaporizing the spacecraft to protect tiny Enceladus, one of Saturn’s ocean worlds, from hardy Earth-based microbes that may have stowed-away on Cassini.

The Cassini mission’s findings have revolutionized our understanding of Saturn, its complex rings, the amazing assortment of moons and the planet’s dynamic magnetic environment. The robotic spacecraft arrived in 2004 after a 7-year flight from Earth, dropped a parachuted probe named Huygens to study the atmosphere and surface of Saturn’s big moon Titan. Some of the mission highlights include:

The Cassini  mission is a cooperative undertaking by NASA, the European Space Agency (ESA), and the Italian space agency Agenzia Spaziale Italiana (ASI).

Matt Cimone often helps out with the Trottier Observatory and Starry Nights at Simon Fraser University.  He gave an engaging talk at our Yuri’s Night celebration about his Chasing Atlantis project and showed his trailer for a Star Trek 50th Anniversary Tribute.

More trailer and featurette videos can be found on his Chasing Atlantis Youtube Channel.

Astronomy Day is celebrated in conjunction with SFU’s Science Rendezvous.  Come join us on Saturday, May 13th from 11am to 3pm in the East Concourse of the Academic Quadrangle (see map) and at the Trottier Observatory.  There will be activities and short lectures throughout the day.

Budding youth astronomers can get a free ticket in a draw for a new telescope provided by Sky-Watcher Telescopes.

A beautiful documentary film about western Canada’s dark sky parks, and star parties: Ambassadors of the Sky by Brandy Y Productions.  It will be aired every hour on the hour.

A special prize for a budding young astronomer.  A brand new Telescope provided by Sky-Watcher Telescopes.  Tickets are free to youth from 6 to 18 years of age.  A draw will occur at the end of the event and the winner notified. 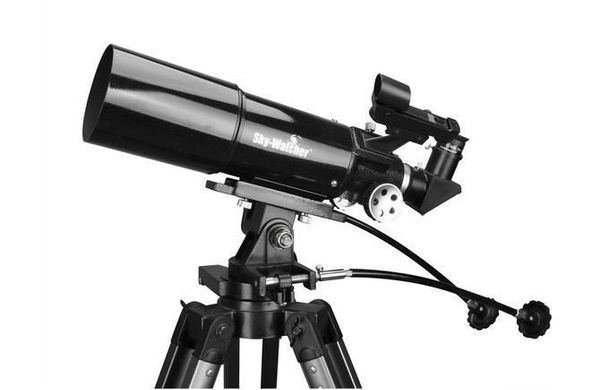 “Circling the Earth in my orbital spaceship I marveled at the beauty of our planet. People of the world, let us safeguard and enhance this beauty — not destroy it!”
— Yuri Gagarin, 1st human in space.

RASC Vancouver has organized a Yuri’s night meetup event to celebrate humanity’s past, present, and future in space.  Yuri’s Night parties and events are held around the world every April in commemoration of Yuri Gagarin becoming the first human to venture into space on April 12, 1961, and the inaugural launch of the first Space Shuttle on April 12, 1981. 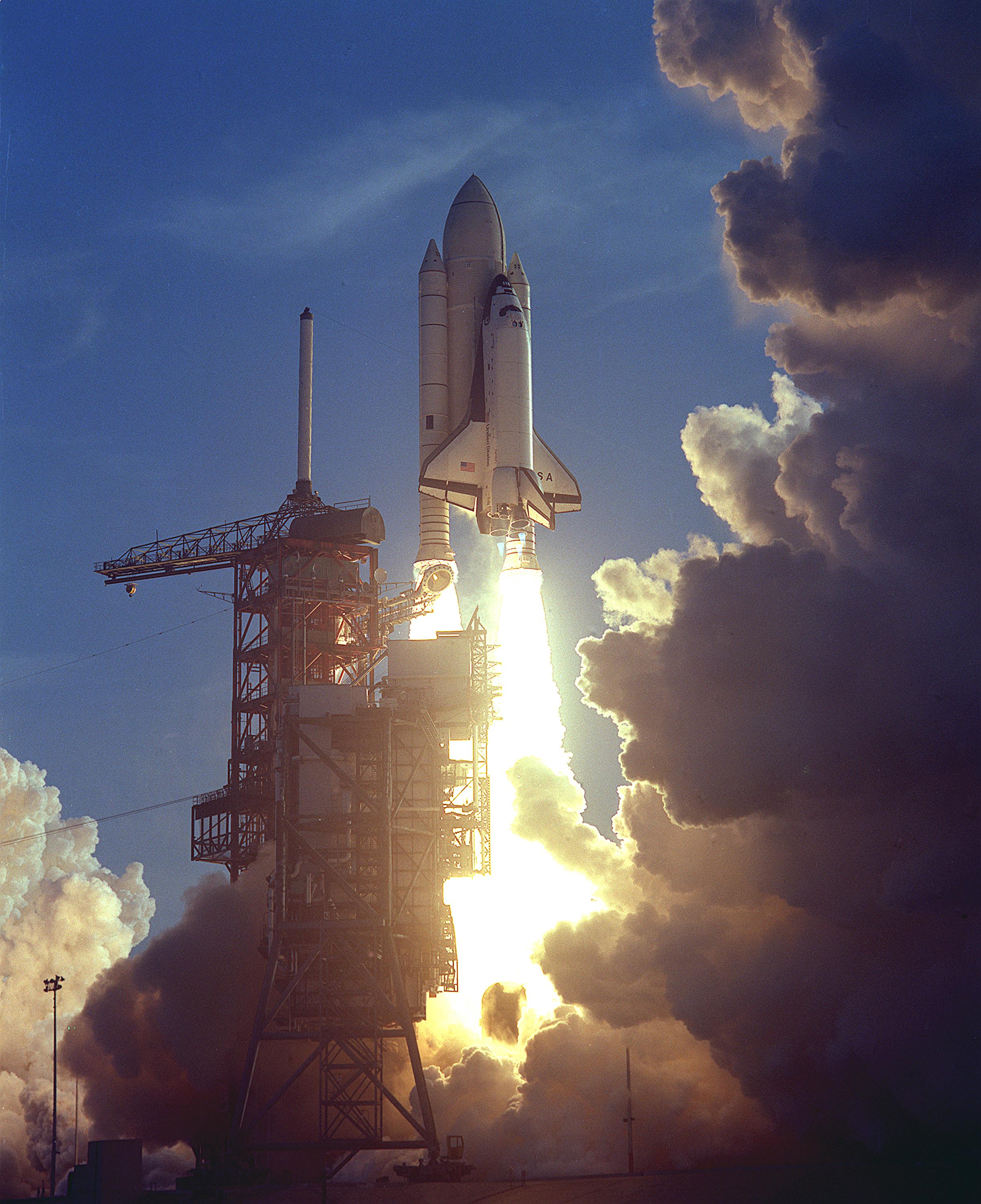 RASC’s own Scott MacGillivray of Global TV’s “Space Talk with Scott” will be presenting on humanities first endeavours into space travel. (at approx 8:00 pm).

Our public relations coordinator, Scott McGillivray, talked on Global TV about the Cassini Mission and Saturn.

Four previously unknown exoplanets were discovered by Australian citizen scientists and confirmed to be orbiting a nearby star.

The citizen scientists were part of a crowd-sourcing project that aired on ABC’s Stargazing Live. Viewers were asked to hunt for exoplanets by trawling through observations of about 100,000 stars via a project on the Zooniverse website using data from the Kepler Space Telescope. The citizen scientists will be listed as co-authors on a scientific paper about the discovery.

The four exoplanets are “Super Earths” about twice the size of Earth. They are orbiting a star in the Aquarius constellation 600 light years away from Earth. The four discovered planets are most likely rocky and far too hot to support human life, said Dr Lintott, principal investigator at Zooniverse. The star’s planets are “crammed together” suggesting there may be additional planets further from the star.

Simulation of the exoplanets found by citizen scientists.

Additional details can be found in this article.

There may be a nice opportunity to view Comet 41P/Tuttle-Giacobini-Kresak in the next few days as the current Vancouver forecast calls for partially clear skies from Sunday, April 2nd to Tuesday, April 4th.

This comet is now as bright as 6.5 mag and may brighten even more as it gets closer to the Sun. The comet is closest to Earth on April Fools’ Day, about 21.2 million km away, the closest approach to Earth since its discovery. The comet’s perihelion point, where is it positioned closest to the sun, occurs on April 12th.

It is in an excellent position for observing: near the constellations Draco, Ursa Minor (the Little Dipper) and Ursa Major (the Big Dipper). The comet is quite diffuse but should be visible with binoculars and small telescopes.

41P makes a trip around the sun every 5.4 years, coming relatively close to Earth on only some of those trips. The comet is a member of the Jupiter class of comets.  A NASA team will be observing 41P on April 1 using the Infrared Telescope Facility in Hawaii. Because comets formed early in the solar system’s history, Comets that come close to the Earth give scientists a chance to deepen our understanding of the processes that led to the formation of our planet.

“An important aspect of Jupiter-family comets is that fewer of them have been studied, especially in terms of the composition of ices in their nuclei, compared with comets from the Oort cloud”,  said Michael DiSanti of NASA’s Goddard Space Flight Center in Greenbelt, Maryland.

Comet C/2017 E4 Lovejoy was only expected to reach 9th magnitude at its brightest in mid-April but it has already reached 7th magnitude and it’s more condensed and is easier to see. E4 Lovejoy is located in Pegasus, in the east just before dawn. Recent images show a small ion tail. A Sky and Telescope article has images and more details.