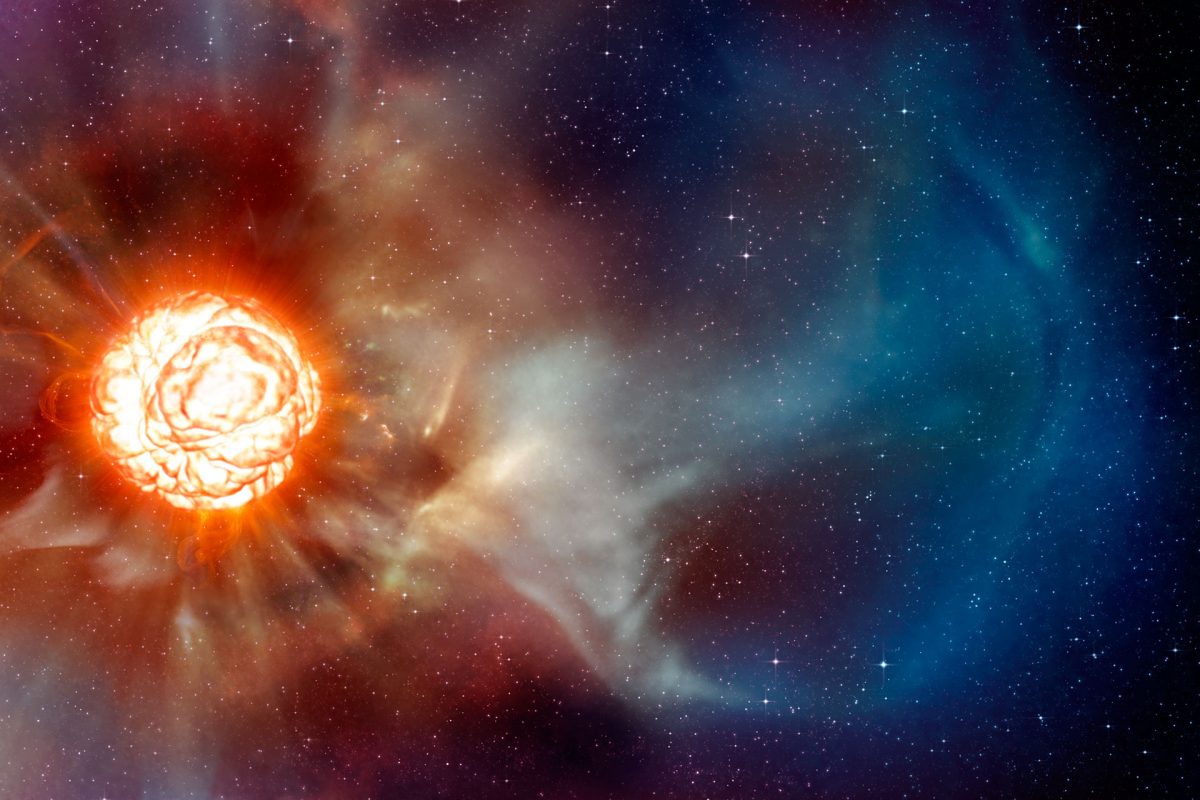 Betelgeuse is a bright star in the shoulder or armpit of the constellation Orion. It is easily visible in February and March from Vancouver around 10 pm, close to the southern Horizon.

If you follow astronomy news at all you’ll have heard that Betelgeuse has recently been dimming. Betelgeuse is a variable star whose brightness is known to periodically rise and fall, but it’s recent dimming has been quite extraordinary. Especially exciting is speculation that Betelgeuse may explode as a brilliant supernova which would be visible even in daylight. Unfortunately the latest measurements have shown that Betelgeuse may be brightening again,

Less often reported is that Betelgeuse is BIG! – not too surprising given that it is classified as a red supergiant. So how big is it?

Michelson and Pease used the 2.5 m Hooker telescope at the Mount Wilson Observatory in California – the largest telescope in the world between 1917 and 1949 – but even it was not large enough to resolve the disk of Betelgeuse. Instead Michelson turned the telescope into an interferometer by attaching a framework with 4 six inch mirrors to the front of the telescope.

The mirrors created 4 separate light paths of the star that combined, due to the wave nature of light, into an interference pattern.

Astronomical interferometers can produce higher resolution astronomical images than any other type of telescope – theoretically producing images with the angular resolution of a huge telescope with an aperture equal to the separation between the light paths. The separation between the mirrors of Michelson and Pease’s interferometer at Mount Wilson was about 20 feet (or 6 m) and this proved sufficient for them to measure the angular diameter of Betelgeuse as 0.047 arc-seconds.

Betelgeuse is a peculiar star that is subjected to pulsation cycles that not only make is brightness vary but also make its size vary. Long-term monitoring by UC Berkeley’s Infrared Spatial Interferometer (ISI) on the top of Mt. Wilson show that Betelgeuse shrunk in diameter by more than 15% from 1993 to 2009. Recent images show that Betelgeuse has an asymmetric surface and appears to be shedding gas and dust at tremendous rates.